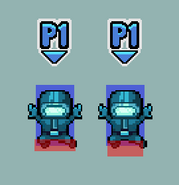 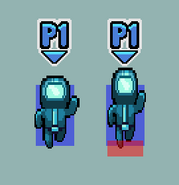 There are several ways you can attack using parkour. A rolling leap is performed when jumping out of a roll. When entering on contact with a foe, it does 2 damage. Jump button can be held to keep the momentum and the hitbox active. A walljump works similarly as the rolling leap, but is slower and is performed on a wall.

Every character can perform melee & special attacks using the relevant attack button and a directional input, in the air or on the ground.

Augments were added as part of the Heavy Metal Update. They can be applied to fighters to change various properties about their movement or attacks. Up to 3 augments can be equipped at once, with some augments allowing the player to equip them several times.