Middleweight
Welltaro is a character owned by Moppin and is an unlockable fighter. He appears in the game Downwell.[1]

Welltaro is the protagonist of Downwell. Each playthrough starts with Welltaro jumping down into a well. He shoots enemies from above with his Gunboots until he meets the end of the well, beating the level.

"Welltaro is a curious young person who fell down a well. He utilized a trusty pair of Gunboots to slow his descent speeds and damage enemies below. In order to reload ammo, he needed only touch ground (or an enemy's head). Reaching the bottom yielded a special reward." ― Welltaro's Trophy Description

"It wasn't enough for Welltaro to just descend to the bottom of the well. He chose to do so in style! For Handstand Style, he gets a discount for all items at the shop, but chooses from a smaller pool of upgrades at the end of each level." ― Handstand Welltaro's Trophy Description

Welltaro from a gameplay standpoint is a bit more complex than the rest of the cast. While he excels at downward coverage from above, his poor recovery can make him a pretty polarizing character that requires mastery of his strengths to succeed. He has an ammo gauge that he relies on to perform various attacks. The Gunboots can hold up to 8 ammo in them, with Neutral, Side and Down Specials consuming more than one ammo. When he has no ammo left, he cannot perform any Special attack except Up Special and can no longer perform an air jump, and is then extremely vulnerable. Welltaro reloads his entire ammo gauge by landing - whether it be on the ground or an enemy's head.

Passive | Gem High : Activates whenever Welltaro lands a Pogo combo of 2 or higher. Buffs the damage of Welltaro's specials while active. Ends when Welltaro takes damage or dies.

Air Jump : Allows Welltaro to shoot with his Machine Gun, each bullet dealing 1 damage (2 damage in Gem High). Each Air Jump consumes one ammo, and the first Air Jump performed after a grounded jump or pogo has more height to it.

Side Special | Shotgun Dropkick : Welltaro lunges forward feet first, before shooting a wide spray of 8 bullets in front of him. Hits harder the more bullets Welltaro lands. Each bullet deals 1 damage (2 damage in Gem High). Hitting with Welltaro's legs as he kicks them forward deals 3 damage with decent horizontal knockback. This hitbox is unaffected by Gem High. Uses 2 ammo.

Up Special | Heart Balloon: Welltaro inflates a Heart Balloon. The balloon serves as a protection against attacks from above. The balloon can exploded pressing the attack button again to deal 8 damage (10 damage in Gem High).

Down Special | Laser Module : Welltaro shoots a vertical Laser through the whole stage, dealing a reported minimum of 5 damage and a maximum of 9 damage (Minimum 6 damage and maximum 11 damage in Gem High), doing more damage the closer the fighter is to Welltaro. The laser cannot go through platforms. Uses 4 ammo.

Grounded Charge | Rocket Jump : Welltaro launches high up in the air with a Rocket Jump, dealing 6 damage on both sides when launching. The height of the charge increases with charge time, while the damage is always the same.

SUPER | Timevoid : Welltaro's SUPER puts him in a Timevoid and allows him to select one of 10 upgrades to use during a match. Upgrades stack and never expire. Choices are randomly selected upon use. The following upgrades are available for Welltaro to use:

Every skin is based on a Palette from Downwell.

1.Spacing (Especially making sure your opponent can't punish you as soon as you land by moving far enough away from them), keeping distance when near the ground and moving closer when above your opponent. It is good to move closer when both players are on the ground by using rolling/rolling leaps. Make sure to use the balloon quite often as it is a very effective tool for spacing.

2.Utilizing quickrolling, rolls and sometimes rolldancing VERY often to quickly move away from your opponent to stop them from punishing you as soon as you land if you get too close.

3.Utilizing rolling leaps VERY often as it allows you to approach your opponent when you're both on the ground. It leads into many combos and is one of only two attacks that allows Welltaro to hit horizontally, along with his grounded charge.

4.Making sure you use ammo effectively and always knowing how much ammo you have left and what you can do with it, as this will help you greatly with spacing and combos. Many combos will give you chances to land on your opponent, so use that to refill your ammo meter so you can extend the combo.

5.Utilizing his grounded charge to gain a lot of height, allowing you to approach your opponent from above. It can also be used to stop an opponent from approaching you horizontally, i.e. through a rolling leap. 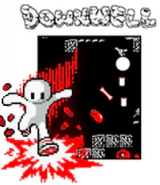 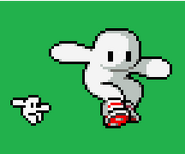